What is The Fiscal Cliff?

Just about every news story now talks about the fiscal cliff we are headed for. Overall, the fiscal cliff is a combination of the expiring Bush tax cuts, which will raise rates for all taxpayers, along with the start of the taxes we will pay due to the implementation of the Affordable Care Act, commonly referred to as Obamacare. Combine this with a push to cut back on spending and possibly raising taxes even higher on the wealthy, one can see why the media is calling this a fiscal cliff.

Update: Stay tuned for additional details from the Fiscal Cliff Deal in process. 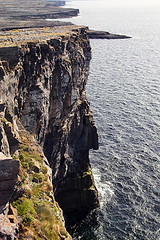 What is The Fiscal Cliff?

The term fiscal cliff is all over the news these days. The problem is that many do not understand what all entails the “fiscal cliff”. Overall, the “fiscal cliff” refers to a myriad of tax changes that all go into effect beginning January 1, 2013. Among the highlights:

Why The Fiscal Cliff is in the News

Obviously, these tax changes are going to impact everyone, not just those earning $200,000/$250,000 that everyone is talking about. It’s important for everyone to know that they can be impacted by the fiscal cliff. The news is focusing on the effects of higher taxes on high wage earners and not focusing on the other specifics of the fiscal cliff. Be certain to follow the developments so that you won’t be surprised by the new taxes.

How Will The Fiscal Cliff Impact You?

Most readers will feel the sting of higher taxes, both through the end of the payroll tax holiday and the increased federal income tax brackets. These will both be felt with your first paycheck of 2013. The other changes won’t be felt until you file your 2013 tax return.

Because of the higher taxes, many are focusing on finding ways to lower their future taxes now. My advice for those worried about the new taxes is to take a step back before acting and assess the entire situation.

When it comes to higher taxes on your investments, probably the most important thing of all is to step and not leap into making drastic changes to your portfolio. Why? Because no one knows how this is all going to play out. Sure, you might be able to say with 90% certainty that taxes will rise, but how sure are you that there won’t be a special provision in the tax code that allows for an extra deduction for you? You can’t unequivocally say for sure what taxes will look like come January 1, 2013. So why completely change everything you have been doing because of a feeling? That is the exact opposite of what you should be doing.

You should have a well-thought out financial plan that you follow. Once you let your emotions creep into your investment decision making is when you start to lose. And having a feeling about where taxes are going to be is just that, a feeling. This is not to say you shouldn’t do anything. You can take some capital gains off of the table or hold off on making a charitable deduction until next year if you think taxes will be higher. But don’t sell all of your holdings or put off all charitable deductions until next year thinking that you can use them to offset the higher tax rate. After all, what if there is a limitation on charitable deductions? You just cost yourself this year and next year by paying higher taxes all because of a feeling.

Same goes for your investments. Don’t sell out of all your dividend paying holdings because you don’t want to pay a higher tax on dividends. Research new strategies for dealing with higher dividend rates now so that when rates go higher you will be able to make a sound decision that makes sense for you and still keeps you within your plan. If you don’t come up with a solution right away, all hope is not lost. You can easily make changes early enough in the new year so that you aren’t hit by higher investment income for the entire year.

Think back to times when you made decisions based on emotion. You know they did not end well. This is the same thing. The worst time to make important decisions is when you are in an emotional state and when things are not clear. Stop, step back and see where things are going before you react. It’s good to be proactive and this is no exception, but be proactive by taking a step, not a leap.