What is the Marriage Tax Penalty? 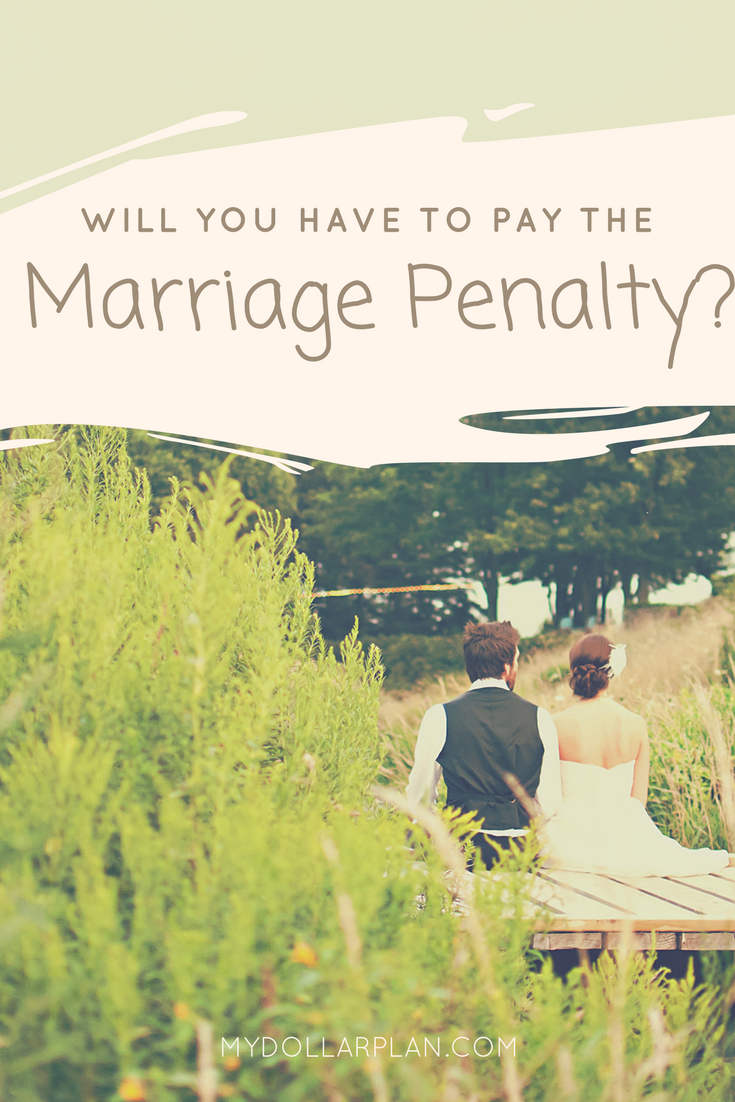 Let’s take a look at the marriage tax penalty, an often confusing and overused term, to see what it really means and some of the typical situations when it might apply. 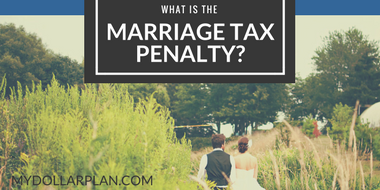 What is the Marriage Tax Penalty?

Some married couples have to pay more than double the taxes they would if they were two single filers. Owing more tax as soon as you married became known as the marriage tax penalty.

When Does the Marriage Tax Penalty Apply?

Before we look at a few examples, you may want to review How Do Tax Brackets Work? To understand the tax penalty, you need to know that our progressive tax structure means you do not pay the same tax rate on all of your income.

Now, let’s take a look at some examples:

Spouses with Different Incomes. If two spouses marry with different incomes, there’s a possibility of a bonus. If a couple who earns $20,000 and $80,000 marry, their total tax bill on $100,000 of income will be lower. The spouse with the higher income will be able to fill in the unused lower tax bracket of the spouse with the lower income. In this example the couple would see a tax savings of over $2800.

Spouses with Similar Incomes. If two spouses with similar incomes marry, we need to look at income levels to see what the outcome will be.

Although, if one spouse had children and was filing as a head of household and marries a single filer, their new married standard deduction will be lower than the sum of their previous standard deductions. A lower deduction often results in a higher tax bill.

Note that in the examples above, we are just looking at tax brackets and standard deductions. Once you add in the actual disparities in income and income level, the number of children you will claim as dependents on your tax return, and whether or not you itemize deductions each situation could be completely different!

How to Calculate Your Marriage Penalty Tax

For a very detailed impact of your tax situation you can use our full tax calculator. To use it as a marriage penalty calculator, fill it out twice, once as single and once as married to see the differences.

When the 2001 Bush tax cuts were put in place, the marriage penalty tax was eliminated for most taxpayers by doubling the single standard deduction for married taxpayers. The tax brackets were also aligned accordingly at the lower tax brackets, so there wouldn’t be any additional taxes just for getting married in the bottom two income brackets.

However, the marriage tax penalty treatment is not consistent across all income levels, nor is it consistent with the treatment for families with children.

Usually, married filing jointly is still the lowest tax for most couples. Using the filing status married filing separately is not a solution to get around a marriage tax penalty.

Unless you live in some specific states, you won’t see a benefit to filing separately. However, in some states, like Ohio, it’s often beneficial for spouses to use the married filing separate rather than to file joint as they have more tax savings.

To see if this applies in your state, you can calculate your tax liability both ways, joint and separate, to see which method will have the biggest tax savings. Before filing your tax return, input both scenarios in TurboTax to see the lowest tax liability based on filing status.

Managing Money in Your Marriage

Obviously, the marriage tax penalty shouldn’t drive your reasons for marriage or divorce. However, it’s important to understand the financial impact of marriage and discuss finances before marriage.

For helpful financial tips in your marriage see How to Manage Money in Your Marriage and Financial Management For Newlyweds.

If two spouses have very different incomes here are some ideas on How to Split the Bills When Spouses Have Unequal Pay.


Previous article: « How Long Do You Really Need to Keep Those Papers?
Next article: Citi 60,000 American Airlines Miles Sign Up Bonus »