How Will the President’s Budget Impact Your Retirement?

Just the other day, President Obama released his 2013 budget. I am not going to get into all of the details of the proposal. I am going to focus in on three interesting topics that pertain to retirement savings and my thoughts on them. Please note that there are many other aspects of his plan, I am just focusing in on the three that I feel will be discussed the most. 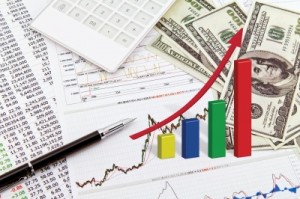 As it stands right now, Social Security benefits are adjusted for inflation every year based on the Consumer Price Index (CPI).  This is commonly referred to as “standard CPI”. The President wants to base the adjustments on “chained CPI”. What exactly is chained CPI? It’s basically just a different way to calculate CPI. I am not going to get into the specifics because I want you to continue reading! The most important things to remember are that by using chained CPI, Social Security benefits will decrease by about 3%, or $3 for every $100 of benefits you receive. Therefore, if you receive an annual benefit of $20,000 you can expect a decrease of roughly $600. That equates to $50 per month less.

The second thing to remember is that when CPI is calculated, it is set forever and is not revised. But chained CPI is revised. In fact, we don’t have the final numbers until two years later! This is worrisome because if this proposal were to pass, we would have to estimate the chained CPI amount and then adjust it accordingly in the future. That could make future adjustments volatile.

There are many that are against changing to chained CPI solely because they don’t want their benefits to decrease. As for me, I don’t see the big deal. It’s not like your benefit is being cut in half or taken away altogether. It’s a small reduction. I realize that many retirees rely on their monthly benefit to survive, but we are in a financial mess right now and everyone is going to have to take a hit, even those who are retired.

The proposal has a section in it for automatically enrolling employees that aren’t covered by a retirement plan at work with an IRA. Contributions would be taken directly from your paycheck and deposited into the account. The federal government would match a portion of your savings as well, via the savers tax credit. You would be able to opt out of getting enrolled automatically. There are also tax credits for small businesses that set up retirement plans for their employees.

I realize that too many people save little to nothing for retirement. Many companies auto enroll new employees into the 401(k) plan now, so seeing an automatic enrollment for IRAs doesn’t come as a big surprise. There is no doubt though that you will hear arguments against this in the form of conspiracy theories. If the government can automatically take your money and invest it into a retirement account, what are they going to take money from you for next? It could be a slippery slope. I am not saying this is going to happen, I am just trying to think of what the opposition is going to say. Personally, I need to find out more about this before I can definitely say whether I am for or against it.

Personally, I don’t see the point of this. The government is getting their cut of this money regardless. If the money is invested in a Traditional IRA or a 401(k), these are tax deferred accounts. So when the money comes out, you pay the tax on it. And with these types of account, you have to take the money out. The law requires it, calling it your required minimum distribution. I can see a stronger case made against Roth IRAs since you pay tax on that money before it is invested and then never again. Plus with this account, you never have to withdraw the money so it could essentially grow tax-free forever. But even then I don’t see the big deal. When you withdraw money you are going to spend it, which just stimulates the economy.

The conspiracy theorist in me (trust me, I’m not a big one) thinks that maybe this was put in the proposal so that the government gets its money now (and more of it assuming you are in a higher tax bracket now versus retirement), instead of having to wait years into the future. This extra income now will help offset the increased spending under the Affordable Care Act. After all, the budget proposes that this tax will generate $9 billion over the next 10 years.

Overall, Washington DC has a spending problem. I am a believer that you can’t tax your way out of debt. You have to have a combination of increased revenues along with lower spending. Unfortunately I don’t see either in what I presented above, or as a whole in the President’s proposal. Some of the increased revenues are coming from increasing the tax on cigarettes. That is a joke. Not because I believe in smoking, but because we are trying to get people to quit smoking. Therefore, the revenue is going to be less and less. The idea to balance the budget is to continually bring in more and more revenue. That can’t happen through taxing cigarettes.

It will be interesting to see where this takes us, as many Republicans have already said they have no interest in this proposal.

What are your thoughts on the President’s budget proposal? Is it headed in the right direction, or is it all just smoke and mirrors?

Comments to How Will the President’s Budget Impact Your Retirement?


Previous article: « Does the Nest Learning Thermostat Really Save Money?
Next article: Challenge: Can You Trim Your Grocery Budget By 15%? »