Gift Tax and Estate Tax Limits to Change in 2013

I previously wrote about the upcoming fiscal cliff and highlighted many of the issues that the media was not focusing on that could have a big impact on many Americans should we go over the fiscal cliff. Today, I wanted to go more in depth regarding one area of tax law that could be changing (and most likely will) come 2013: gift tax. 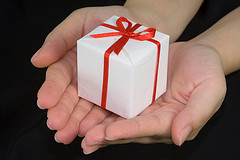 Note that the above amounts do not apply to 529 plans. For gifting to these accounts, you can gift up to $65,000 per child, grandchild, or other recipient and spread that amount over a five year period. If you choose to do this, you will have to file Form 709.

So What’s The Big Deal?

You might think that there is nothing to worry about since the limits for gifting are increasing in 2013. While this is true, the limit on lifetime gifts drops in 2013. Currently, thanks to President Bush, everyone gets a credit that exempts up to $5 million of taxable gifts over your lifetime. Because of inflation adjustments, the limit is actually $5.12 million. If you are married, that limit is $10.24 million. Should you gift more than this amount, the gifts are taxed at a flat 35% rate. This tax is paid by you, the grantor, not the recipient.

As many of the Bush tax cuts are set to expire, beginning in 2013, the $5.12 million limit drops back to the previous level of $1 million and the tax rate increases to 55% for the estate and gift tax.

What Does This Mean For You?

If you have an estate with more than $2 million in assets, and are married, it would be in your best interest to look into gifting some of your assets away to take advantage of the expiring law. Realize that any gifts are irrevocable, meaning you can’t ask for the money back. Here is how the math would play out:

If you have an estate worth $3 million and you are single, you could hypothetically give your entire estate away before year end and pay no tax.

This is not saying you should gift away everything you have before year end. I am simply suggesting that if you have an estate larger than $1 million ($2 million if married), and you were thinking of gifting money in the near future, it makes sense to go ahead and make the gift now in 2012 as opposed to waiting to 2013.

Finally, just for reference, President Obama is on record saying that he would support a $3.5 million exemption limit along with a 45% tax rate on gifts above the exemption limit. So there is definitely a gray area in where gift taxes will be heading.