Is Your 401k Plan Disclosing Fees?

Back in January of 2012, I wrote an article on the upcoming fee disclosure rules for 401k accounts. Plan providers were now being required to display how much in fees the employees were paying with their current 401k plan. This is an issue because up until the rule change, providers could essentially charge anything they wanted and never had to disclose it. While you would think that they could not charge too much because people would run, that is not the case with 401k plans. 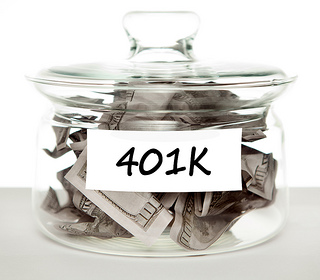 The reasons for this are two-fold. First, those fees were never shown to employees. The fee was built into the offered funds returns. Think about this: how many times have you heard someone tell you that their 401k plan stinks? The market returns 12% and their funds only return 7%? While not all of the difference is because a high plan fees, a portion of it is. For all you know, you could be paying 3-5% in fees without knowing it. Trust me, I’ve broken out the fees before for some 401k plans and didn’t believe how high the fees were myself. I thought I made a math error. Unfortunately I didn’t.

The second issue a 401k plan isn’t changed is because of the time it takes to change a plan. If Joe employee isn’t happy and complains, the employer isn’t going to change the plan. After all, one employee out of hundreds or thousands isn’t enough to make the employee research alternative plans, interview them, schedule presentations, pick the new provider and then work with them to transition the employees over and deal with any issues.

The new law went into effect this past summer and employees received their first disclosures about the new law and what to expect. Now employees are getting their new 401k statements that itemize the fees that are deducted from their plans. What investors will find will be disappointing. The reason for this is because many 401k plans took the easy road. They didn’t spell out “you paid X% in fees”, but instead displayed a range of fees, as in “your expenses range from X% to X%”.  This leaves employees and employers questioning what exactly they pay in fees.

On top of this, there is no average fee listed. This is important because if I told you that your expenses were 0.50% you are either thrilled because that appears to be a low number, or you are clueless because you have no idea how that ranks compared to other plans.

Now, in defense of the 401k plans, they did follow what the law called for. The law said nothing about providing an average as I mentioned above. And to further defend them, doing so would be hard because of all of the variables that are involved with coming up with such a fee: plan size, number of participants, type of investments, etc.

As disappointed as I am with how the new law turned out, I am hoping that regulators learn from these short-comings and revise the law to strengthen it. They should require a specific number on how much of a fee was paid as opposed to a range of fees. I would also like to see an average so employees and employers have an idea of what they pay compares to their peers. However, I do admit doing this would be difficult.

What are your thoughts on the new 401k plan disclosures? Do you think they are helpful at all? Do you care if expenses are broken out?

Comments to Is Your 401k Plan Disclosing Fees?


Previous article: « Taxes for Divorced Parents: Who Gets to Claim Dependents?
Next article: USAA $25 Sign Up Bonus »