What Rising Interest Rates Mean For You

Investors and consumers have been paying close attention to the Federal Reserve recently, wondering when they will begin raising interest rates. While the Fed meets this week, I want to walk through what you as a consumer and investor can expect when interest rates do rise. But first, why raise interest rates? 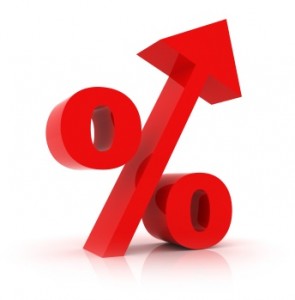 When will interest rates rise?

In today’s economy, the Federal Reserve would raise interest rates to slow down inflation. While inflation that is measured by the Consumer Price Index is tame, as consumers, we see rapidly rising prices, especially in the grocery store. By raising interest rates, you lower demand and increase the costs to borrow. Here is how rising interest rates impact you first as a consumer.

What to Expect as a Consumer

When interest rates rise, as a consumer it costs more to borrow money. The interest rates on your mortgage, auto loan or credit card will rise. This will mean more money going towards debt repayment (because of a higher monthly bill) and will force consumers to cut back on spending in other areas.

What to Expect as an Investor

Note, however, that some bonds are impacted more by rising rates than others. Short-term bonds don’t lose as much money when rates rise because the duration is short. Long-term bonds though are very susceptible to rising interest rates.

Don’t Forget About Businesses Too

Rising interest rates could cause prices at the grocery store and other places to rise as well. Remember that rising rates affect everyone, including businesses. It will cost more for businesses to borrow money and run their operations. They need to make up the money somehow. This could be in the form of higher prices, or even laying off workers or suspending hiring new employees.

When do you think the Fed will raise interest rates?

More on Your Money


Previous article: « American Express Checkout $10 Bonus
Next article: 6 Mistakes of New Earners and How to Fix Them »