How Declining Birth Rates May Impact Your Social Security

First off, you are probably wondering what the heck the birth rate has to do with personal finance. Surprisingly, more than you would think. The main importance of the birth rate is related to Social Security and Medicare. If we travel back in time when Social Security was originally implemented, there were 5 workers for each retiree. This kept the system of paying monthly checks to retirees in line.

Fast forward to today and because of the baby boomer generation retiring, we have turned the scale upside down. Now for every worker, we have 5 retirees. This is not good because only one worker has to fund five retiree’s benefits. It doesn’t take a math whiz to realize that this cannot be sustained. This is why you hear that the Social Security trust is going to run out of money. 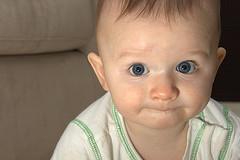 Decline in the U.S. Birth Rate

Recently, it has been reported that the birth rate has fallen to the lowest level since it’s been tracked. This means that soon enough each worker is going to be funding even more retiree’s monthly Social Security checks.

Tie this in with medical discoveries allowing for people to live longer means even more of a disparity between worker and retiree. In the past, you would work for 40 years and receive a monthly check for five years. Now you work for 40 years, but receive a monthly check for 20-plus years. This length of time will continue to increase as we move forward.

How to Solve the Social Security Issue

Lower Benefits. There are a few solutions to solve this problem. The first is to cut back the on the size of the monthly check retiree’s receive each month. Not many retirees are open to this option. And since the older population is more reliable when it comes to voting, no Congressman or woman is going to take the heat for suggesting cuts. For the most part, the government has slowed down the rate of increases in benefit amounts, even leaving it unchanged for a few years. The only other solution was to slowly increase the age in which one could begin receiving benefits.

Increase Taxes. The next option is to tax workers more to raise enough money to pay for the monthly benefits. I haven’t seen a study that says how much a worker would need to be taxed to make the system solvent, but my guess is that it is a lot more than anyone is willing to pay. See the Social Security Wage Base for current limits on Social Security taxes.

I don’t think that one thing should be done over another. I think there is a compromise that needs to be reached (but good luck on Washington DC agreeing to that!). I think that we need to increase the tax people pay along with decreasing the monthly benefit. We’ve already begun to see the shift where people are putting more into Social Security than they receive in benefits.

Create Private Accounts. I feel the best option is a private retirement account option. I know many people are against this because they have been burned in the stock market, but you would do much better this way as opposed to Social Security. As I mentioned before, at the current rate, you are paying in more than you are going to get out. Think about that for a minute. If you pay in $100,000 over your working life, you may only receive $70,000 in monthly benefits. (Note, I don’t know the exact number, I am just trying to make this point clear.) You are losing money! If you could instead invest that money in US Government bonds that are very safe, you would almost guarantee a positive return. Put another way, if you invested $100,000 over your working life, you might end up with $125,000 in monthly benefits.

Most people “see” their quarterly investment report and get scared when it drops and sell out of everything. They can’t “see” their Social Security gains or losses because it’s not on your Social Security statement. They just receive a check and are happy because of it. I’m sure if they saw that they were losing money, they would want to pull out of Social Security, but they can’t, even if they wanted to. So we are stuck on the out of control train, hoping a solution will be found.

How Should Social Security Be Fixed?

What are your thoughts on Social Security? Are you open to paying in more in the form of taxes? Would you be OK with your monthly benefit amount being decreased? What are your thoughts on private accounts? Do you think if more people realized they were losing money in Social Security they would be more open to private accounts?

Comments to How Declining Birth Rates May Impact Your Social Security


Previous article: « How to Improve Your Credit Score
Next article: Use Cyprus Saver’s Tax as a Reminder to Protect Your Own Money »