Brexit and Your Investments: What Should You Do?

If you’ve watched any financial news lately or opened up a newspaper, you know that the United Kingdom has voted to remove itself from the European Union, also known as Brexit. If you are like many people, you don’t fully grasp what this truly means. As a result, you rely on the news to provide you with the information. And judging by the news, there is blood in the financial and economic streets.

The US market dropped over 600 points last Friday and another 200 on Monday. Investors were scared. But should they be? What really does the UK leaving the European Union mean for your dollar? We will examine this to make things more clear for you so that you can stomach any future volatility in the stock market. 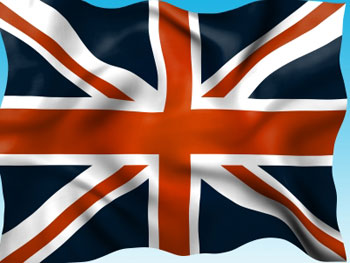 The Brexit: What You Need to Know

From a financial standpoint, all of the 28 (now 27 countries) in the European Union follow the same set of main guidelines when trading between each other. There are no tariffs between countries. A business in Germany can easily do business in any of the other EU countries.

Now that the UK is leaving the EU, they will have to come to agreements with the remaining countries in the EU. Will there be tariffs? What about other taxes on goods and services? No one knows this as of yet. But many people are forecasting that the UK will go into a recession because of the Brexit vote. Only time will tell if they actually do or do not.

Also related to the Brexit from a financial standpoint is immigration. As a citizen of a country in the EU, you can easily travel between countries and not just vacation, but also live and work very easily. You don’t need a visa like in many other countries. So now expats of the UK will have to follow a new set of rules if they are living and working in any EU country and the same holds true for anyone living or working in the UK who is a citizen of another EU country.

Brexit and Your Money

Most of the readers here are from the US, so the most direct impact you will have in terms of the Brexit is the stock market. As we now live in a global economy, what happens in other parts of the world will have an impact here. The question is, just how much of an impact?

Based on what happened in the stock market the past few days, many would assume a large impact. But I disagree. In the days leading up to the Brexit vote, the US markets rallied assuming that UK citizens would vote to stay in the EU. When news broke that they voted to leave, the same investors who bought in now had to sell. This is what happened on Friday.

Over the weekend, everyone else read the news and digested the market drop on Friday and got scared. So come Monday, everyone else was ready to sell, thinking this was the end.

But it isn’t. It’s far from the end. The truth is, it will take at least two years for the UK to fully divest itself from the EU. What’s more, while the UK economy could go into recession, it is not as dominate of a player in the world economy as the US is.

For example, if you look back over the past few years, the US economy has been improving and the stock market has been doing well. The gains in the stock market are partially due to the Federal Reserve stepping in, but it is also because foreign investors are buying US stocks. These investors see the US economy as stronger than their home country, and as a result are buying US stocks in hopes of earning a higher return.

What Should You Do?

So what should you do with your investments? If you have time, meaning you don’t need the money in your accounts for 10 or more years, then doing nothing is your best option. You might even consider buying shares at this low point. The reason is because over the short term, there is going to be some volatility. We will see jumps and drops every now and then. But that is no reason to sell everything and prep for the end of the world.

If you do sell, like the average investor who moves in and out of the market based on short-term events, it will be the reason Why You Aren’t Earning What Your Mutual Fund Says You Are.

Don’t get caught up in the headlines trying to spook you into thinking this is it or the UK is the first domino to fall. You should take some time and realize that every so often, these doomsday predictions come about and they rarely ever pan out.

But what if you have less than 10 years until you need the money? In this case, I would take a hard look at your asset allocation and possibly speak to an advisor. You certainly don’t want everything you own in stocks since you could lose a decent amount in the short term. But at the same time, you don’t want zero exposure to stocks as bonds won’t be giving you the income or growth you may need.

At the end of the day, understand that over the short term, the markets will be choppy and that on any given day, things could look really bad. But know that this is always the case short term. Long term, things will become clearer and much less volatile. If you are investing for the long term, you should take the steps to ride out the short term craziness in the markets and keep investing for your future.

If you are investing for the short term, then you might want to reassess your strategy and allocation so that you still have some exposure to take advantage of gains while at the same time protecting your assets until things settle down.

Are you invested for the long term? What are your thoughts on the Brexit vote?

Comments to Brexit and Your Investments: What Should You Do?


Previous article: « 529 Plans versus UTMA Accounts
Next article: How to Choose an Executor for Your Will »