Should You Consider Investing In Marijuana?

The other week I was traveling for vacation and while sitting on the plane, my seatmate started talking to me about the various marijuana stocks that are now being traded in the stock market. He was selling this one stock in particular (I won’t mention it since it’s a penny stock), telling me how he’s made so much money from it. 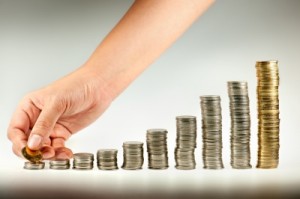 Questions To Ask Before Investing In Marijuana Stocks

We all know when random people start offering you investing advice, the party is about to come to an end. Curious, I decided to look into the stock, not to buy mind you, but rather to just learn about it since I enjoy investing so much. The company sounded interesting enough, but the idea of investing in marijuana stocks is not so black and white. In fact, it’s very gray. Here are some things you need to consider before investing in marijuana (or investing at all).

For many, marijuana, regardless of how strong a drug, is still an illegal drug and as such should not be invested in. For others, they see marijuana not as a drug at all, but as a natural remedy for some health issues. I am not here to debate one way or the other. But I am here to tell you that you have to know where you stand on the issue before you invest.

While states like Colorado and Washington, among others, make marijuana legal, the rest of the country does not. This includes the federal government. Remember that when you buy a share of stock, you are part owner of that company, regardless of how small your equity stake is. Should the government come after the company for selling in states they aren’t authorized, or selling things they shouldn’t be selling, you could be on the hook since you are part owner.

Now in all honesty, I have no clue of the likelihood of this happening, let alone the government coming after you, the owner of 0.002% of the company. But, I have to admit that it is a risk that has to be taken into account and assessed. The last thing anyone wants is to be held liable for something they had no clue was happening.

In addition to the above issue, is the possibility of the federal government overruling the states in some manner. Again, I have no idea of the likelihood of this either, but the government could strike down the law and ban sales of the drug. Your good investment is now worthless overnight.

Is It A Good Investment?

This depends on how you look at it. On the one hand, this could be an opportunity to get in on the ground floor of something big. If other states begin to legalize marijuana, the current crop of companies have a head start on everyone else. They already have a process in place for how to profit. They can simply copy the model from Colorado and begin applying it to other states.

But on the other hand, as states legalize marijuana, the federal government could say it wants to get in on the money and become the sole supplier for the country. If that happens, the stock becomes worthless.

As with anything related to investing, with high risk comes high rewards. These marijuana stocks fit that bill perfectly. There is a ton of uncertainty with them and as a result, there is the potential for something big. But there is equally as big of a chance as something going wrong and the stocks becoming worthless. If anything, an investment in a marijuana stock should be done with money that you can not only afford to lose (because there is a very high probability you will lose) but also in a play account and not your long-term investment portfolio. For example, if you still need to make trades in your Motif account to earn your $150 sign up bonus, you could buy some of the marijuana community motifs to play with.

Back to the stock in question from earlier, I followed it for a few days and watched the price decline daily for about two weeks. Over this time, it lost about 25% of its value. For me, I don’t know if I could handle a 25% decline in my investment over the course of a few days. It’s one thing when the stock market as a whole declines 40% over the course of a year, but over a few days? That’s just crazy.

If you are thinking about investing in marijuana stocks, I urge you to take caution and think things through. Don’t make any quick decisions. You can very easily lose your entire investment.

Would you invest in marijuana stocks? Why or why not?

Comments to Should You Consider Investing In Marijuana?